How Ooono raised capital, expanded its IT-department, and handled an accelerating business.

A real-life story from a Danish startup

In collaboration with DTU Science Park and EPICO-IT, CEO at Ooono traffic alarm, Christian Walther, shares the experiences he and the rest of the Ooono team have gained during the past two years.  Emphasis will be put on the challenges of being a growing startup, such as the quest for raising capital, the challenge of supporting a radically growing number of users, and how Ooono managed to scale its IT department in a short amount of time.

Are you interested in hearing more about a successful startup from Denmark?

Join us for an inspirational webinar, when Ooono shares their journey complete with anecdotes, challenges and successes. Who knows, maybe they can inspire you to start something? Maybe you’ll get insights or lessons, which you can benefit from? Or maybe you’ll simply be inspired in general, but we are willing to go out on a limb and say it’s worth your time.

Why you should join our webinar!

Maybe you are a regular viewer of the TV-show ‘Løvens Hule’ (Shark Tank in America) and love hearing about startups?

Maybe you are curious on the machinery of startups and seeing what a maturing process for a company might look like?

At the webinar, Christian Walther, will be sharing the experiences Ooono has gained, from startup-idea to where the company is now – a journey where the Ooono has matured quickly. An entrepreneurial journey of eternal problems and challenges in the pursuit of growth.

During the last two years, Ooono has really accelerated their business. With acceleration comes growth which means that everything and everyone must keep up with the growth, such as the organization, production and raising capital. It is an eternal balancing act.

One of the challenges Ooono had was supporting a radically growing number of users, and therefore Ooono had to look into scaling its IT-department. Therefore, Christian will give insights to Ooono’s decision of eventually moving IT-resources back in-house to better control the critical development tasks of the app and backend IT-systems.

At this webinar, you will gain insights into:

Ooono is a community-based device that alerts users of traffic conditions in real-time. Ooono collects and distributes information to- and from more than 300.000 daily users across Europe. In addition to the device itself, the solution includes an app, which facilitates the provisioning of information from Ooono’s central processing systems. Currently, Ooono are focusing on a massive expansion into Europe. At Ooono they are passionate about technology and design which is one of the reasons why the company is a success. 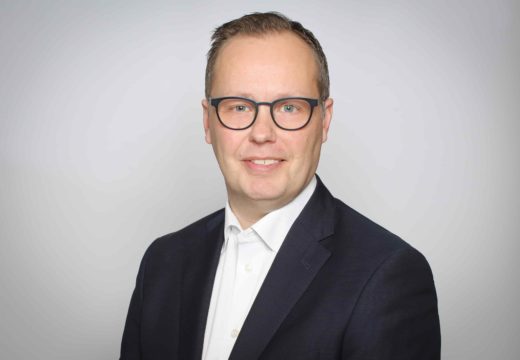 Christian Walther Øyrabø is CEO of Ooono and an acknowledged Danish entrepreneur. Christian has been an entrepreneur his entire professional life and has been involved in over 30 startups, of which 27 are still running to this day. Christian has been active in the entrepreneurial environment, including being former chairman of the Danish Entrepreneurship Association. In recent years Ooono has experienced massive growth, and there has been a full focus on a massive expansion into Europe, as well as the pursuit of a 3-digit million revenue.

EPICO-IT A/S is one of the biggest IT consultancies in Denmark with more than 10 years of experience within the IT industry. They are experts in finding the experts and their mission is to ensure the right match between consultants and companies.