2016 was the third consecutive year that Danish Tech Challenge was running. We continue to surveye the partipating startups in terms of turnover and job creation. According the most recent survey it seems that it really pays off to invest in accelerator programs, as the companies perform significantly better than average.

Over a course of four months, during the Fall, 20 hardware startups have been competing in Danish Tech Challenge (DTC) at Scion DTU, for the 1st prize of DKK 500.000. DTC is a four-month long acceleration process for high tech hardware startups. For the past three years, every year an elite group of 20 startups, selected from 60-80 applicants, have competed to be deemed the company with the biggest industrial growth potential.

Statistically there’s a high risk of failing when starting a new business. As a matter of fact, it is more likely that one fails rather than succeeding. With this in mind, we are very happy to note that the previous DTC-participants have done very well on average. This naturally covers large variation, however, the following overview shows, that the previous DTC participants do substantially better than the average startup company. 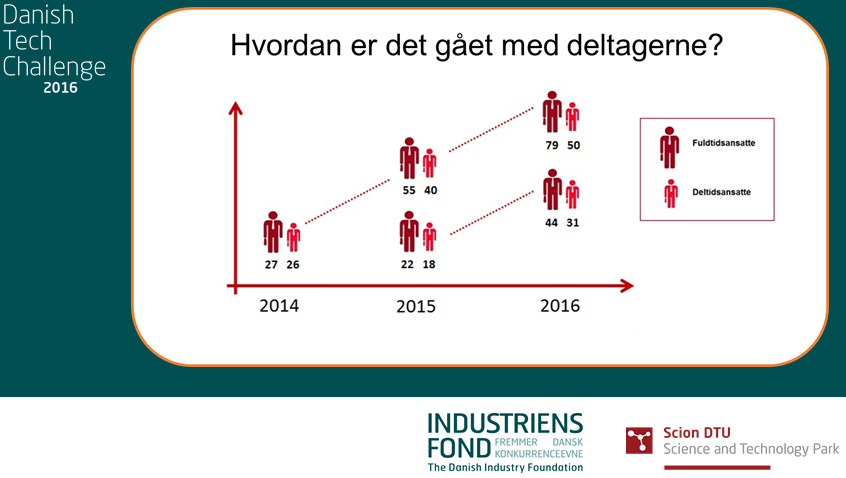 The fact that recommendations from participants are increasing combined with the impressive increase in turnover and job creation, suggests that the program having found a format that works.

The fact that recommendations from participants are increasing combined with the impressive increase in turnover and job creation, suggests that the program having found a format that works.